First, I will say that I love this style. This style really inspires me. So here is a little introduction to what defines the style.

Research on the Swiss International Style

The Swiss style is strong, the style is clean, and focuses on readability and the use of grids and photography. The Swiss style is often called or referred to as the international typographic style. The typeface used in this style was the Sans Serif typography, and the usage of asymmetrical layouts in the design. The style consists of strong graphic elements like geometry, patterns, strong colors, often colors that looked strange together, and abstract elements. The style used the grid system as a framework, on how they ordered the words and layouts together. This framework has after since been very important in web designing today. The design is flat, there is no shadows, decorative borders, no 3D, the content is in focus, there is no gradients, and this was important in the Swiss design style. Posters and layouts in this style focuses on typography, with the usage of Sans Serif. Big and bold letters, strongly positioned in the grid system, with asymmetrical looks in the background with the usage of photography, and strong colors, and flush left, ragged right text. The philosophy behind the style is that the content should stay in focus, the content of the work should be what’s in focus, not the designers subjective style. Many people think of the Swiss design style when they think of the Helvetica typeface. This typeface was earlier on named ‘Neue Haas Grotesk’.  Helvetica means Swiss in Latin.  Swiss design style was developed in the 1950’s and focused on the readability, objectivity, and cleanliness. It was a movement that lasted over two decades. They stripped away decorative extras and only focused on the content. This style was a graphic design style that begun in Russia, the Netherlands and in Germany, in the 1920’s, and this style was developed by designers in Switzerland during the 1950’s. Some of the characteristic of the style, was also the usage of whitespace, this was a visual element on impact and readability. 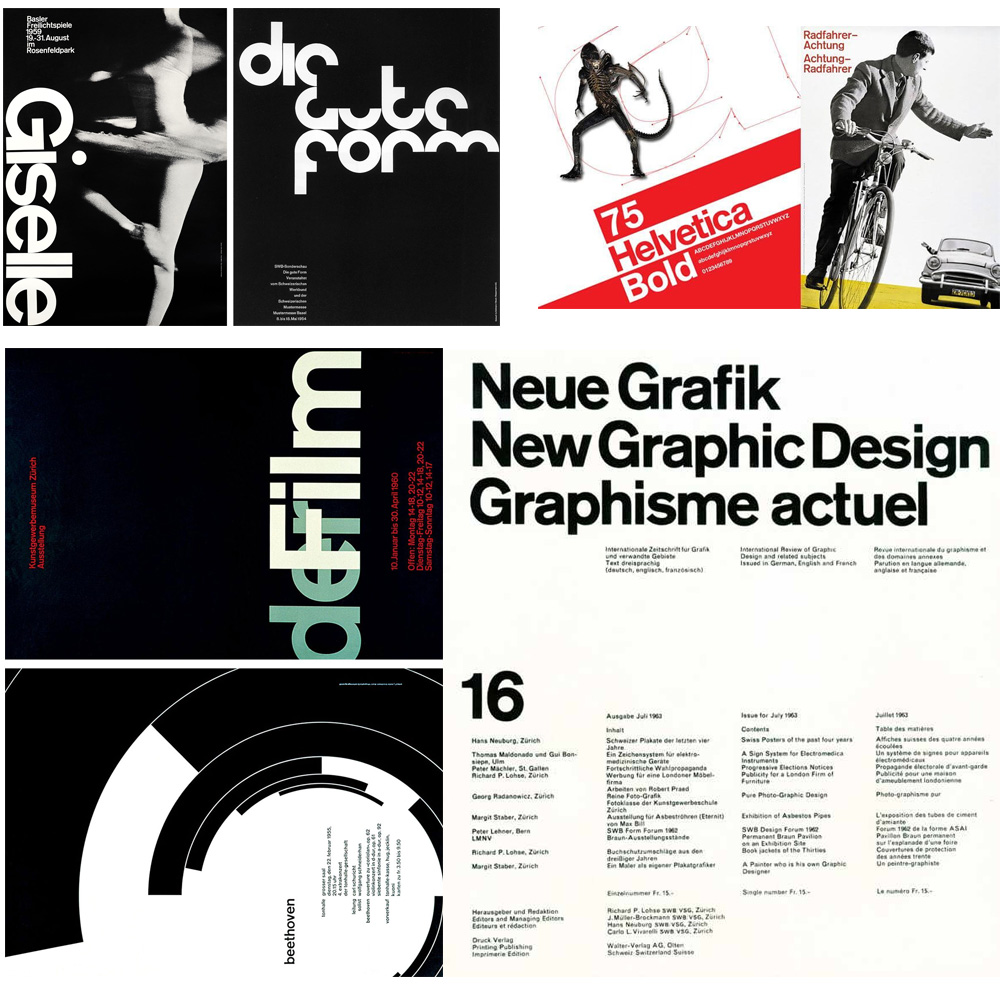 One of the main influencers on Swiss international style, was Joseph Müller-Brockmann. Joseph was influenced by the ideas of different design styles and art movements; De Stijl, Constructivism, Suprematism and the Bauhaus. He is the most remembered person from this period as a Swiss Design Style designer. Many people remember his name when you talk about the period of Swiss Design Style. Some of the early influences of this style was Jan Tschiold’s Die neue Typographie (1928), Ernst Keller (1891- 1968), he is known as the father of Swiss Design Graphics. He began teaching at Kunstgewerbechule – School of arts and crafts in Zürich, Switzerland. He started experimenting on content and the usage of the grid-systems. Many of his students were inspired by the international Style movement, like Joseph Müller-Brockmann, Armin Hoffmann and Emil Ruder.

Joseph Müller-Brockmann was born in Rapperswil in Switzerland in 1914. He studied design, history and architecture at the university of Zurich at the city’s Kunstgewerbeschule.  In 1936 he opend his own studio I Zürich, specialising in graphics, photography and exhibition design. He wanted to make design that communicated to the masses, across languages. The belief was to enlighten, inform, without being manipulative, and this is what led to Joseph’s turning point. Joseph was once influenced by Carl Jung, but then he lost the interest. When he was a young man he was interested in phycology and graphology, and when he met people, he would read and judge their handwriting, but he abandoned this overnight, because it disturbed him when dealing with clients, that this was an unnecessarily prejudice discussion. What he tried to achieve is to communicate information, as clearly as possible.

Armin Hoffman is also a well-known personality and is described to be outstanding in the Swiss graphic design history. Hoffmann was born in 1920, and he began teaching at the Basel School of Arts and Crafts after he met Emil Ruder on a train trip, and he found out that the school was looking for a new teacher. He was a teacher there for 40 years, and when Emil Ruder left the school, Armin took over his place as the head of the school. Hoffman and Ruder’s focus was to make design that focused on communication above anything else. Hoffmann felt that making posters was the best way to communicate, and most efficient way. And much of his career he spent designing posters, mostly for Basel Stadt Theatre. He’s philosophy was that a good poster would exist in the streets, not as museums pieces, and be subjects of the effect of weather and time. His philosophy and his style of what he created, was that they put communication above everything else, and practiced new techniques of photo-montage, photo-typesetting, with experimental compositions, and he favored sans-serif typography.

Hoffmann had very deep values, and an understanding of how to both teach and design. He evolved a design philosophy that was based on the elemental graphic-form language of point, plane and line, that replaced traditional pictorial ideas with modern aesthetic. 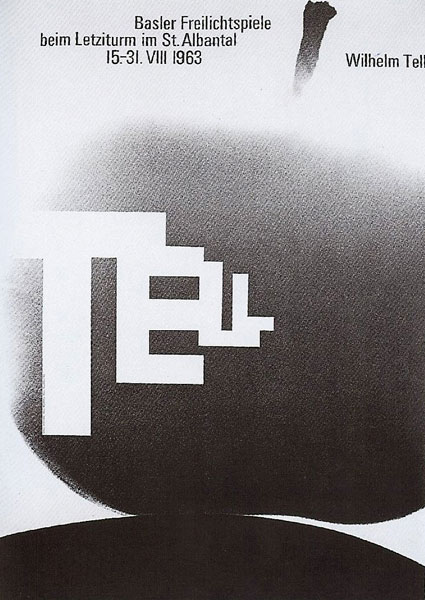 Analysis of the Swiss International Style

The simularities between The Zurich School of Arts and Kraft led by Joseph Müller-Brockmann and The Basel School of Design led by Armin Hoffmann is many. Armin Hoffmann and Joseph Müller-Brockmann both had studied with the great Ernst Keller in Zurich before world war II. The style of them both was that design should be as invisible as possible. They both wanted the message to be in focus, to shine through, it was important that all the traces of the designer’s subjectivity should be suppressed.

Joseph Müller-Brockmann in his designs and teaching, subjectivity is suppressed in favor of geometric grid that determines the arrangement of the type and images. He used the grid-system to make the message easier to read in his designs. The grid-system is and organizational system that enables you to achieve an orderly result with a minimum cost. That the task would be solved faster, better and more easily.

While Armin Hoffman in Basil would be exploring a similar but still different distinctive approach. He put greater weight in the use of typography and striking tonal contrasts in his designs and teaching.

Both of the schools used the grid-system, and focused on sans-serif typeface, and layouts that where asymmetrical. The school wanted the message to be in focus so that it could reach the masses.

A Firm Turn Toward the Objective: Josef Müller-Brockmann 1948–1981